How do I know if I am in a de facto relationship? 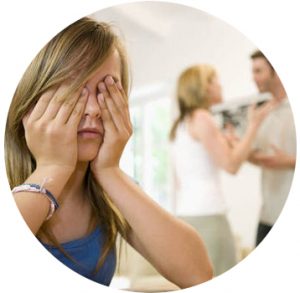 How Does The Law Determine If You Are In A De Facto Relationship?

The Court Looks At All The Facts

None of these factors are individually more important than another, and there is not necessarily a wrong answer. The Court looks at all of the facts of the specific set of circumstances and considers how they relate to each other. The status of a de facto relationship, or otherwise, was considered in the definitive case of Jonah v White (2012). Here, the parties had a long-standing extra marital affair, wherein White contributed $3,000 a month to Jonah for a number of years. However, there was very little public recognition of the relationship by Jonah’s family and friends, and seemingly no recognition at all by White’s family and friends. Both kept separate houses and families. White’s evidence was that while he did believe the relationship was a permanent situation, it was nonetheless an affair and he would choose his wife and family over Jonah. With this evidence, the Court determined that the parties were not a de facto couple on a ‘genuine domestic basis’ for the purposes of a property settlement, or for spousal maintenance.

Once a relationship is recognised as de facto, then it must meet the requirements to apply for a property settlement. An application for a de facto property settlement and/or spousal maintenance can only be made where any one of the following conditions has been met:

Is There A  Time Limit?

Further, an application for resolution of property matters must be brought within two years of the end of the de facto relationship. Whilst there are some exceptions, the two year time limit is the standard rule applied by the Court. That said, the Court is willing to accept applications after the two years where:

The second category requires that the application has a ‘real chance of success’ and that the hardship would be more than any ‘normal appreciable detriment’, per Whitford v Whitford (1979). Recently in the matter of Senfl v Antinoni [2019], the Court found that Senfl’s claim for $2,000,000 was unrealistic, given that Antinoni was recently bankrupt. However, the Court also determined that spousal maintenance would put Senfl in a much better financial situation than she was at the time (Senfl had cancer and had been promised support from Antinoni that had not eventuated). As a result, the application for an order to grant an exemption for applying out of time was allowed.

If you have separated from your spouse or de facto partner and need some advice and assistance with the process moving forward, contact Julia Adlem or Stefania Scarcella at Adelaide Legal on 08 8410 9294, for a free 30 minute meeting with one of our experienced family lawyers.