Same-sex relationships – how does the change in the Marriage Act affect my rights in the event of a property settlement?

The short answer is it won’t. The clauses in the Family Law Act  relating to spousal maintenance and property division between married spouses already have corresponding clauses for de-facto couples (whether heterosexual or same-sex). 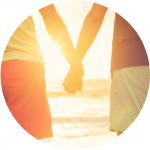 So even before the changes were made to the Marriage Act, same-sex de facto couples had the same rights in a property settlement as married couples. If a de facto same-sex couple decide to marry, their property rights at separation would be the same as if they had remained as a de facto couple.

The significant effect of the changes to the Marriage Act is that same-sex couples now have the choice whether to be married or to remain as a de facto couple, regardless of the fact that this choice will not affect their rights in a property settlement.