Making a Will is highly recommended, particularly if a person has substantial assets. The main reason is to ensure that, on death, the person’s assets are received by, or held for the benefit of, the person or persons that are intended by the deceased. If there is no Will, the assets will be distributed in accordance with the laws of the country where they are situated.

In South Australia the estate of a person who dies without a valid Will (an intestate estate) must be distributed as follows in the scenarios below (there are obviously other scenarios): 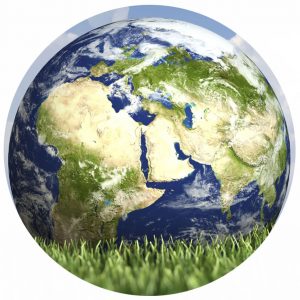 This may not be what a person would wish for the distribution of their estate. The most common form of simple Wills is for an estate to be left only to a surviving spouse, and not to children.

There are other benefits in making a Will, as an application for probate of the Will may be easier than an application for administration of an intestate estate. It is also possible to use Wills for more creative estate planning such as testamentary trusts which may assist to retain assets within families and have taxation benefits.

It is becoming common for people to have substantial assets in different countries. In Australia, there are many people who live in Australia and have assets here, and also assets in another country, often their birth country, such as European countries, China and India.

When assets are held in different countries, or “jurisdictions”, very careful consideration may be required for the making of a Will that deals with the assets in each jurisdiction.

Each country has its own laws relating to the making of Wills and to the distribution of intestate estates (if there is no Will).

Most Wills, if only a single Will is made, relate to all of the property of the Will-maker wherever it is situated. In many jurisdictions (including South Australia) a Will that is validly made in another country may be accepted, but it will be necessary to prove that the Will has been made in compliance with the internal law of the country where it is made.

Wills for assets in different countries

There are, generally, two methods of creating Wills which are effective for assets in different countries. These are:

For reasons that are explained below, we suggest that concurrent Wills will usually be the best solution.

Although an international Will may be accepted in other countries, it may still not be appropriate, or may not be clearly interpreted, particularly where the laws of the other country are different from the laws of the place where a Will is made, or where there are language differences. It is very difficult to make a “one-size-fits-all” Will.

A better solution may be for a Will-maker to prepare Wills which apply separately in different countries. These are often called “concurrent Wills”. It is possible to make a Will which only applies to specific assets, or assets in a specific jurisdiction. If a Will is made for Australian assets, this can be drawn by, or with assistance from, a lawyer in Australia so as to be appropriate for this jurisdiction. Another Will may be drawn for property in another country, and it is advisable that this Will should be drawn with assistance from a lawyer or notary who is familiar with the laws of that country.

It is possible for a number of concurrent Wills to be created for different countries. Usually, one of the Wills Will relate to all of the property of the Will-maker, wherever property is situated, other than property in each jurisdiction for which another concurrent Will is made, so that if property is located in other countries that are not covered by a specific Will, the general Will should apply to that property.

A very practical advantage of concurrent Wills, rather than one Will (whether or not this is signed as an international Will) is that application may be made for probate of each Will in the country to which it applies. If there is only one Will, it Will be necessary for an application for probate to be made in one country and then for the probate to be resealed in each other country in which the Will is required to be proven. The requirements for re-sealing may be complicated and will certainly take longer than a separate application for probate for separate concurrent Wills.

Making concurrent Wills may be a somewhat complicated process, but it may be a very worthwhile process if the result is to give effect to the intentions of a Will-maker. Concurrent Wills may avoid many difficulties and unintended consequences for the distribution of the estate of the Will-maker in different countries and thereby avoid or reduce costs which would otherwise apply.